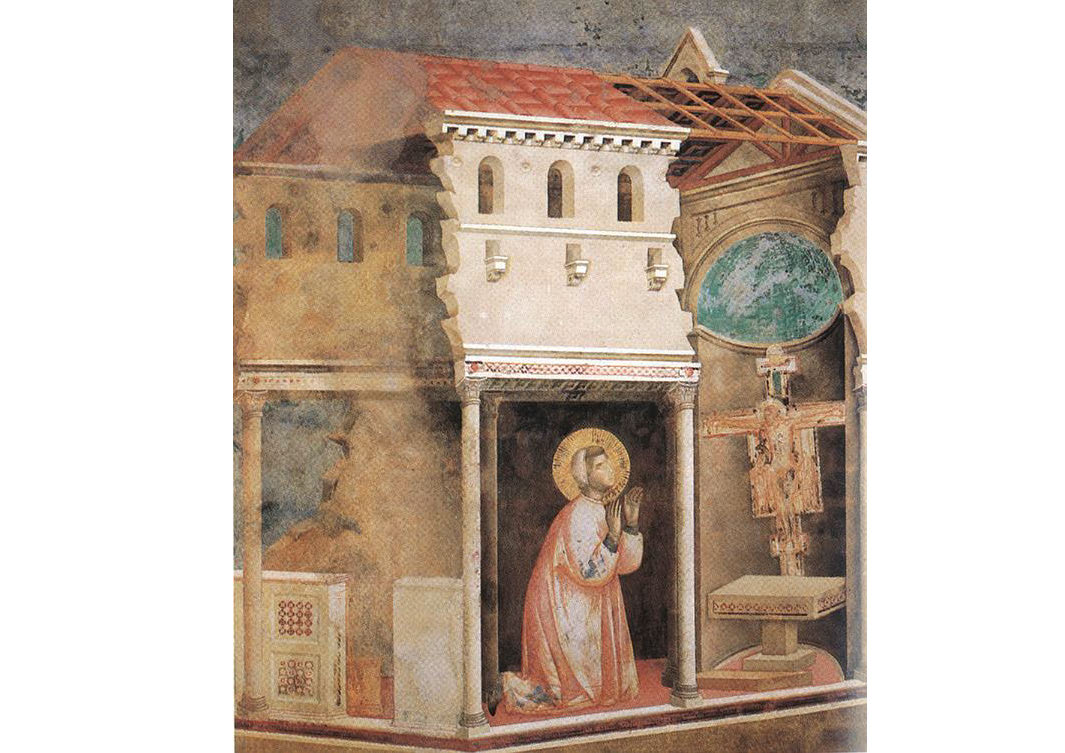 Towards the General Assembly 2023 with Francis and Clare.

We started on the 1st of November 2022 the registration for the General Assembly. Our motto is: “Women of WUCWO: artisans of human fraternity for world peace”. Two great saints: Francis and Clare, lead us by the hand to Assisi 2023, from 14-20 May and to the private audience with Pope Francis, on Saturday 13th May, in Rome.

St. Francis inspires the Pope and through his teaching he is a "GPS" for us. As Jesus did when he indicated to the young Francis Bernardone that he had chosen him to repair the Church, the Pope in Evangelii gaudium exhorts us too. In May we will be able to appreciate this call in Giotto's famous fresco in the Upper Basilica. And also, as in the Canticle of the Creatures, the Pope asks us in Laudato si’ to listen to the Word of God in all creation in order to transform the planet into the Common Home. In the light of St Francis' dialogue with the Sultan, in Fratelli tutti the Pope urges us to be artisans of fraternity.

St. Francis knew how to listen, discern, and act in common with his brothers. This is precisely the challenge of synodality. By God's Providence, our next General Assembly will be part of the synodal process we are going through in the whole Church. In a sense, the world meeting to which Jesus calls each of the women of WUCWO could be entitled: “In the footsteps of Francis”.

And Saint Clare is for us another lighthouse, inseparable from the Saint of Assisi, which illuminates our way to the General Assembly. To be “Artisans of human fraternity for world peace” in today's society, torn by war in Ukraine and in twenty or more other countries, by social and economic conflicts, by rampant consumerism and individualism, by outrages to the dignity of people and in particular of women, we need the Saint of Assisi to "infect" us with her virtues.

The "weaving" of peace is only possible through humble dialogue and detachment from the limelight. Clare stripped herself and all her belongings from the age of 18 when she ran away from her noble family to live the Franciscan ideal. What courage she showed in revolutionising the social model of the women of her time! And how much faith, hope and charity she taught to her community. When she was extremely ill, she prayed on her knees before the Blessed Sacrament and immediately the invasion of the Saracens was stopped, and peace was achieved for her city. Let us be sure that if we ask her, she will show us how to be artisans of fraternity.

We have a great opportunity to experience the General Assembly as a gift of God in the life of each one of us. I ask every WUCWO woman who reads this monthly message to become a spokesperson for the convocation of the Assembly of Assisi 2023 so that between 1 November and 20 December we fill the spaces we have to live this ecclesial event with the joy of fidelity (see more information on our website). Let no WUCWO women be left out of this invitation!

And I bid you farewell by offering a brief prayer that can unite us in praying for the 2023 General Assembly: “Dear Saint Clare, who, in the footsteps of the Virgin Mary, following Francis, the poor man of Assisi, became a simple and joyful sister of humanity on the way, give us your love for the Church, for our brothers and sisters and for creation, so that we may be artisans of human fraternity for world peace. Amen”.

I look forward to meeting you face to face in Rome on the 13th of May, when we will celebrate WUCWO Day, on the celebration of Our Lady of Fatima, together with Pope Francis, and in Assisi the following days; I greet you with affection,