The members of the World Union of Catholic Women‟s Organisations (WUCWO), representing sixty nations from around the globe, meeting at the Centenary General Assembly in Jerusalem, and on pilgrimage in the environs of the Holy Land in October 2010 state that:

● We acknowledge that because of such vision and endeavour that Catholic women, working in accord with the Church and its teachings, were able to identify the many societal inadequacies and injustices impacting on the lives of women and families and worked assiduously to overcome them. WUCWO women do the same today.

● While acknowledging the many areas of service that Catholic women have already undertaken, we reaffirm the aim of WUCWO which is, “to promote the presence, participation and co-responsibility of Catholic women in society and the Church, in order to enable them to fulfil their mission of evangelisation and to work for human development” in unity, particularly for increasing educational opportunities, poverty reduction and the advancement of human rights beginning with the fundamental right to life.

● WUCWO women reiterate that the dignity, value and “genius” of women should be universally recognised, and that the importance of intergenerational relationships and the involvement of youth, and the cultural and theological contributions of women be supported and recognised for the attainment of a more humane, just and compatible society.

● Gathered together in Jerusalem, city of peace “a microcosm of our globalised world…this city,…a place that teaches the universality and respect for others, dialogue and mutual understanding; a place where prejudice, ignorance and fear that fuels them, are overcome by honesty, integrity and the pursuit of peace” [Pope Benedict XVI, Jerusalem 2009], with this perspective, in solidarity we commit ourselves to the study and witness of the Word of God and the Social Teachings of the Church, to ecumenical and inter-religious dialogue and to peacemaking.

● At the beginning of the 2nd century of such commitment, WUCWO women pray through their Patroness Mary, Queen of Peace, that they too will, ‘Receive power when the Holy Spirit comes on you, and then you will be my witnesses……………indeed to the ends of the earth’ [Acts 1:8.] just as the Lord said the Father „had promised‟ the apostles in Jerusalem. [Acts: 1:5] 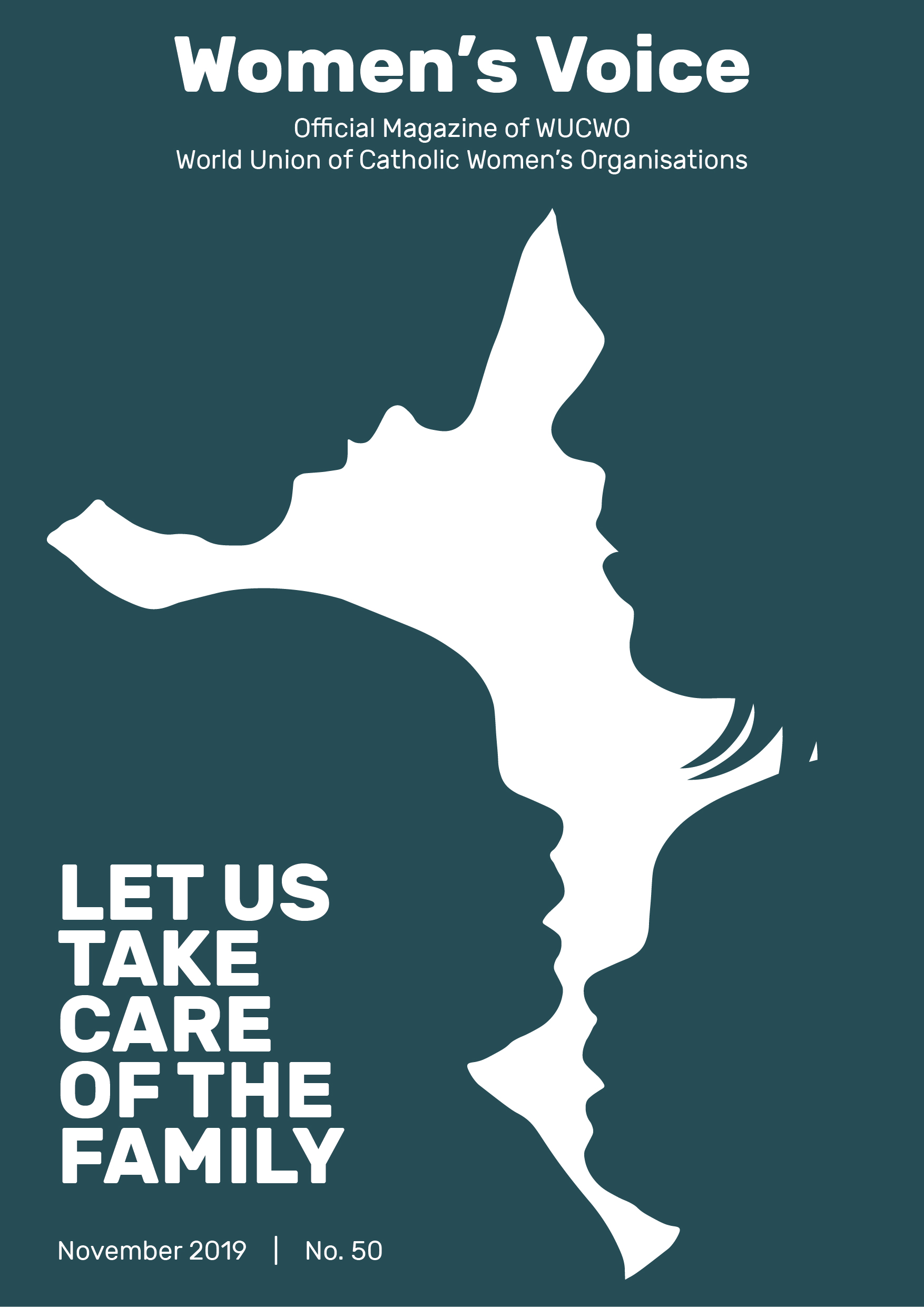 Voices from our Member Organisations which are testimony to the commitment of WUCWO´s members on the theme: "Let us take care of the family".