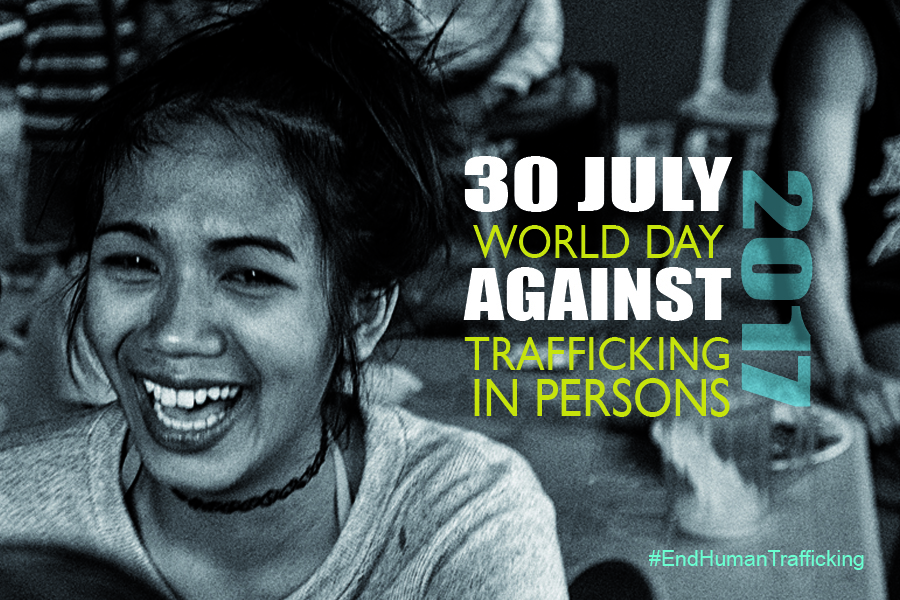 Many different organisations, committed to working against trafficking in persons, unite in a joint declaration to call attention to this subject. They call on governments and civic organisations to unite and to increase their commitment to reduce this crime, especially among the migrant population, asylum seekers and refugees who are the in most vulnerable situations and among the principal groups subjected to trafficking in persons.

We invite you to:

· read the declaration and publish it on social media

· dedicate a time of prayer, or a minute of silence to remember the victims of trafficking. If you wish you can download the prayer from the website of the world day of prayer and reflection against trafficking, which is available in different languages on the website: http://preghieracontrotratta.org/?lang=en

· send this declaration to other governmental and non-governmental organisations in your country who are also committed to anti-trafficking.

Below, you can read the declaration.

“A 22 year-old woman from El Salvador was trying to reach her family in the USA, seeking help from a ‘cojote’ for the travel. In El Salvador she left her parents and a 5 year-old daughter. On the way, in Mexico, the young woman was abducted and trafficked for sexual exploitation. She was able to escape the traffickers and to find refuge in a protected shelter in Tapachula (Chiapas, Mexico). The girl could not return to her home country, because the traffickers know where she came from and threatened her with death. An effective protection measure would be to give her a humanitarian visa”[1].

On the occasion of the World Day against Trafficking in Persons we would like to remind the international community of the crime of human trafficking, which affects every country. People are trafficked within local settings as well as across international borders for domestic servitude, sexual and labour exploitation, begging, forced marriage, organ removal, surrogate wombs and criminal acts. While estimates of the number of victims of human trafficking remain in the tens of millions, worldwide convictions of human traffickers are fewer than 10,000.[2]

Trafficking in persons is a crime against humanity, an open wound in our world[3] that needs to be healed and addressed effectively together.

Daily, thousands of people around the globe are committed to the identification, rescue and protection of trafficked victims. Several faith-based organizations work closely with vulnerable populations, especially migrants and refugees, and they have identified victims of trafficking among people on the move.

Migrants and refugees are among those who are most vulnerable to trafficking and exploitation, both during their journeys and when they arrive in their countries of destination. Their vulnerability is exacerbated by border closures and the lack of  legal and safe pathways for migration. In the absence of those, migrants are forced to use “irregular” dangerous pathways, which are run by smugglers and traffickers who seek to exploit their dire circumstances. Women and children deserve particular attention as they easily become victims of trafficking for labour and sexual exploitation. The International Labour Organization has estimated that forced labour and sexual exploitation, is currently generating US$ 150 billion in revenue each year, two thirds of the estimated, came from sexual exploitation[4].

We, the undersigned organizations would like to reiterate our call to all governmental, non-governmental and international organizations to intensify their efforts to address this crime, in particular we call on:

Dominicans for Justice and Peace

RENATE – Religious in Europe Networking Against Trafficking and Exploitation

[4] ILO Report 2014, Profits and Poverty: The Economics of Forced Labour